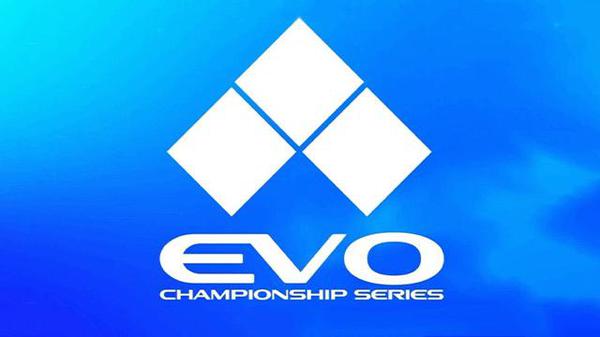 Sony caught some flak a few weeks ago when it announced PlayStation Stars, a digital collectible program that sounded suspiciously like NFTs. However, the company confirmed that it wouldn’t be using any blockchain tech with Stars and that they wouldn’t be tradable. However, a survey question at EVO 2022 makes it seem like Sony (or someone else) has NFT ambitions elsewhere. Sony has explicitly stated that PS Stars won’t use NFTs or blockchain and that the digital collectibles won’t be tradable o 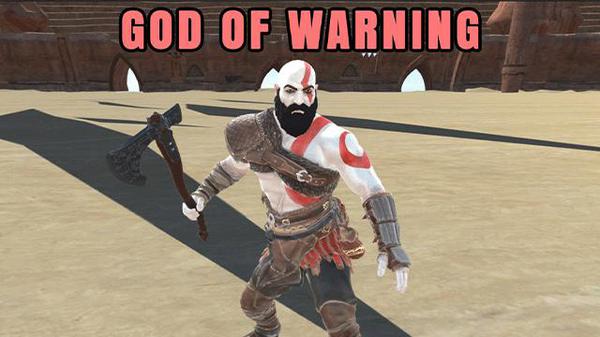 Xbox God of War Ripoff Lets You Play as Kratos 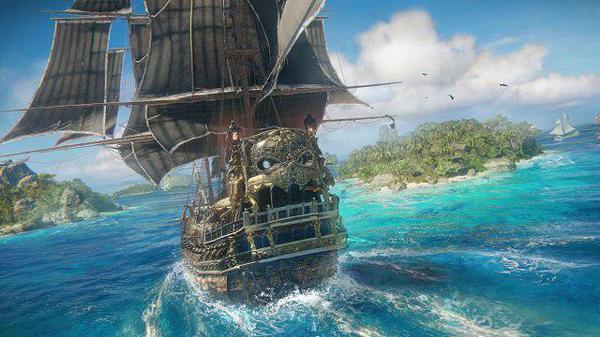 Ubisoft Says Skull and Bones Won't be a Narrative-Driven Game

According to director Ryan Barnard, Skull and Bones won’t be big on story. While Ubisoft has positioned the game as a live service title, it was still hoped there would be an extensive single-player campaign and plenty of narrative-driven content. Instead, however, it seems like the focus will be around “players creating their own stories.” Speaking with True Achievements, game director Ryan Barnard clarified that Skull and Bones “is not a narrative-driven game.” In the interview, he made it cl 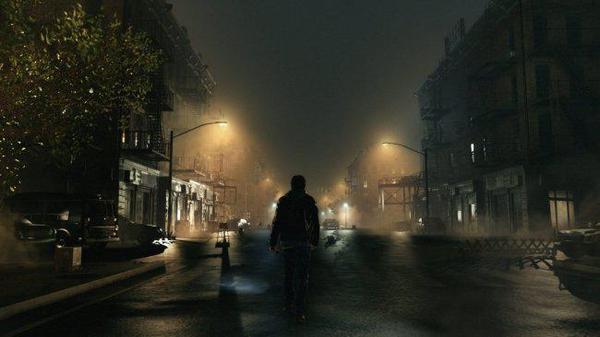 Silent Hills, Kojima Productions’ terrifying would-be entry in the long-running horror series, was officially canceled in 2015. After gamers had their first taste of what might have been by way of its demo P.T., they were heartbroken that they’d never see the game fully realized. But now, thanks to one insanely creative fan, Silent Hills has been resurrected with the help of PlayStation game creation engine Dreams. Redditor DrJones20 showed off a fully playable recreation of Silent Hills, or at 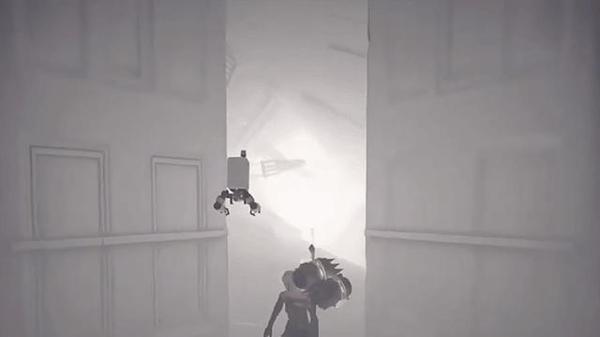 Nier: Automata Secret Church Ended Up Being a Mod After All

The Nier community has been abuzz since a user in the Nier: Automata subreddit made a post purporting to show a secret church in Nier: Automata that had never been discovered. A follow up video showed a door being opened in a nondescript wall in the Copied City which led to a twisted hallway connecting to a chapel that contained references to Nier: Replicant. Nier fans racked their brains to try and figure out the truth behind the secret, to no avail. Fortunately, the original poster has come fo 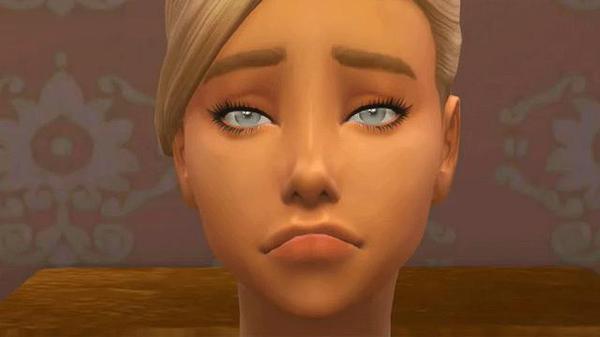 The Sims 4 just got a huge new update that added features fans have requested for years. Unfortunately, in addition to body hair, curved walls, and customizable sexual orientations, some Sims are also showing a new interest in their family members. That’s right; EA accidentally added incest to The Sims 4… again. Latest The Sims 4 update adds incestuous desires to the game While there are mods that add incest to The Sims 4, making WooHoo with your family is typically a big no-no in the base gam 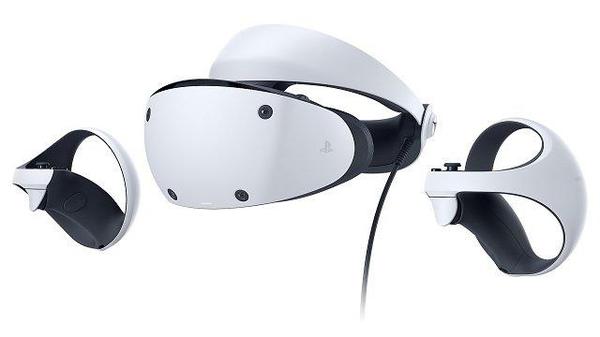 Sony still hasn’t confirmed the release date of the PSVR 2. However, the latest PS5 firmware beta contains mentions of the headset that might point to it arriving sooner rather than later. The reference to the PSVR 2 is just a small one in the accessory settings. Still, it shows that Sony is at least starting the process of adding support for the headset to the PS5. Text mentioning the PSVR 2 Sense controllers can be found in the Controller (General) section of the Accessories menu in the lates 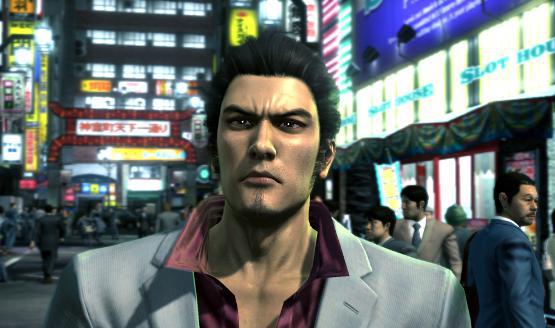 Yakuza Series Hits PS Plus This Year With a Shady Caveat

The Yakuza series is coming to PS Plus Extra and Premium soon. All of the Kazuma Kiryu saga and the latest game, Yakuza: Like Dragon, will be available before the end of the year. The games will be released in two waves, and we already know when the first three are coming. However, there’s a catch which will have some players upset. The first wave of Yakuza series hits PS Plus in August The first three games (chronologically) in the Yakuza series will release on PS Plus in August. There are: 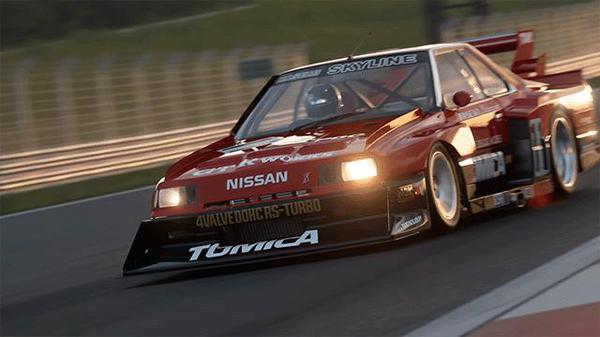 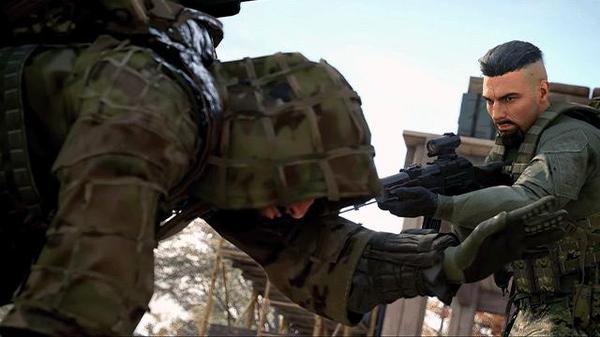 Ubisoft’s latest earnings call contained some bad news for the company. The poorly-received Ghost Recon Frontline has been canceled alongside three other titles, and Avatar: Frontiers of Pandora has been delayed. Given the company’s spotty release calendar, constant delays to previously announced games, and recent history of scandal, many fans worry this news means Ubisoft is in dire straits. The cancellation of Ghost Recon Frontline comes as a surprise because Ubisoft typically doesn’t take th 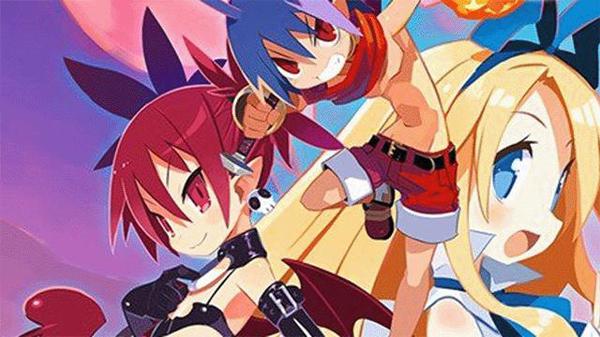 It looks like Disgaea: Afternoon of Darkness might be coming to the PS Plus Premium catalog soon. An entry for the PSP tactical RPG recently appeared on the Japanese PlayStation Store. However, neither Sony nor NIS have made a release announcement yet. PSP Disgaea remake may be coming to PS Plus Premium A Japanese PlayStation Store page appeared showing Disgaea: Afternoon of Darkness for PSP would be coming to PS4 and PS5. Unfortunately, its listed release date is June 29. 2022, which is obvio 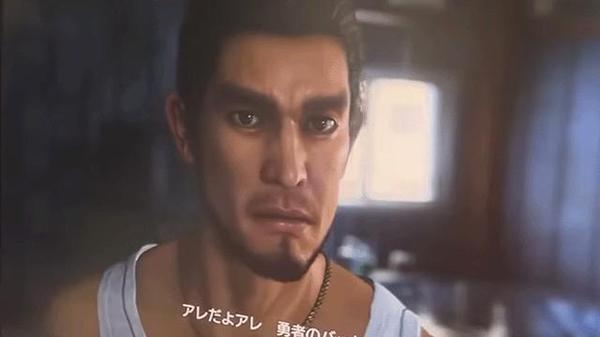 It seems like the first screens for Yakuza 8 have been revealed, but not via official channels. Japanese YouTuber and MMA fighter Mikuru Asakura, who will appear in the game, recently uploaded a video of his tour through Ryu Ga Gotoku Studio. During his time there, he filmed several workstations which showed updated designs for Ichiban, Adachi, and Nanba. The first look at Yakuza 8 shows updated character designs The first Yakuza 8 screens are taken entirely out of context, but we can at least 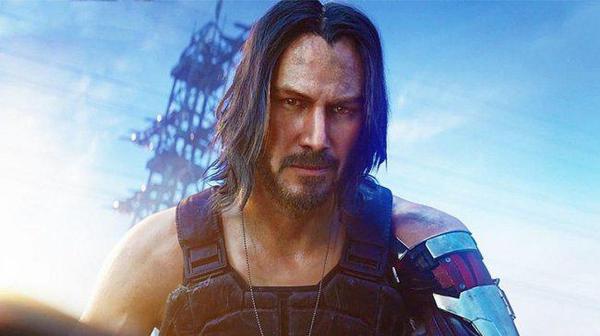 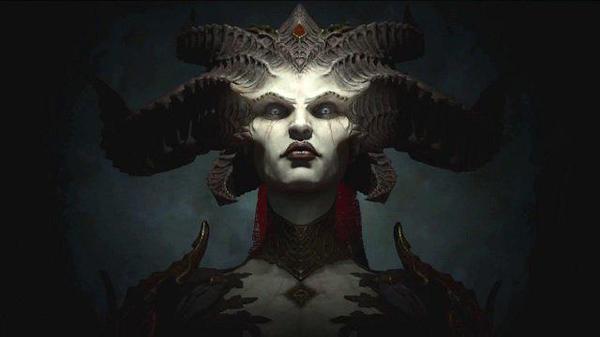 In a very early 2000s move, Blizzard is teaming up with tattoo artists in a series of events it’s dubbed “Hell’s Ink.” Winners of a competition on social media will receive custom tattoos from a respected name in the industry. The contest winners have already been chosen, but anyone can show up to the event and queue for a chance to get a Diablo flash tattoo. Everyone who gets one also receives a card guaranteeing access to the upcoming Diablo 4 beta and a free digital copy of the full game when 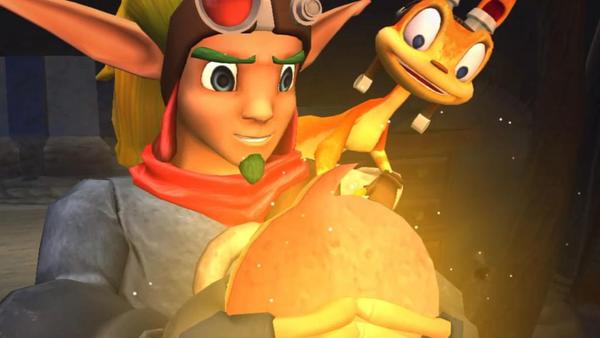 Uncharted, The Last of Us Dev Josh Scherr Leaves Naughty Dog After 21 Years 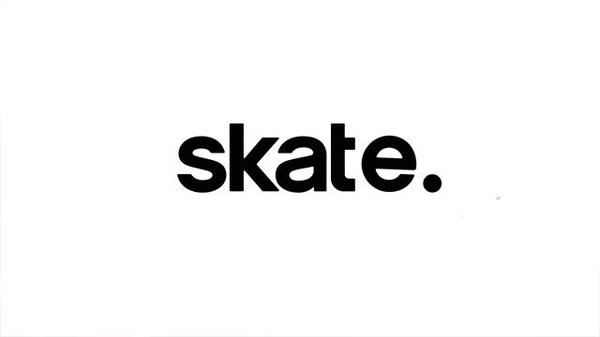 Skate 4 Will Be a Free-to-Play, Live-Service Game With Cross-Play and Cross-Progression

According to a recent dev diary, Skate 4 (which EA titled “Skate.”) will be a free-to-play game with live service components. The game will be funded by microtransactions, which will primarily center around “cosmetics and convenience” according to Head of Product Management Isabelle Mocquard. In the same video, developer Full Circle announced that the game would support cross-play and cross-progression across all platforms. New Skate game to be free-to-play While past games in the Skate series 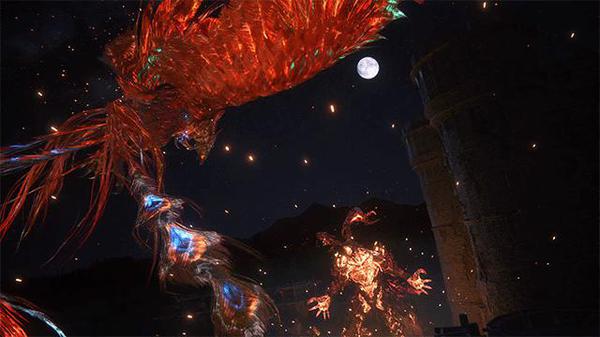 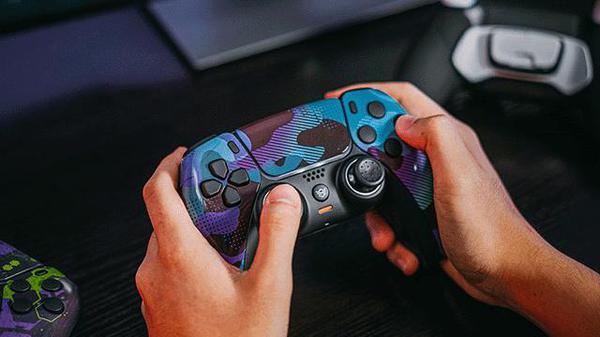 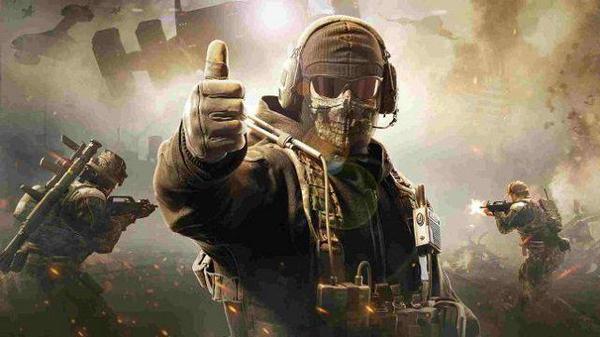 The Competition and Markets Authority, the United Kingdom’s antitrust watchdog, stated that it’ll investigate the potential negative effects the Microsoft acquisition of Activision Blizzard may cause. It’ll specifically look for “higher prices, lower quality, or reduced choice.” The CMA is taking feedback from interested third parties until July 20 and plans to make a decision on September 1. Multiple antitrust bodies throughout the world are scrutinizing Microsoft’s $68.7 billion proposal to a 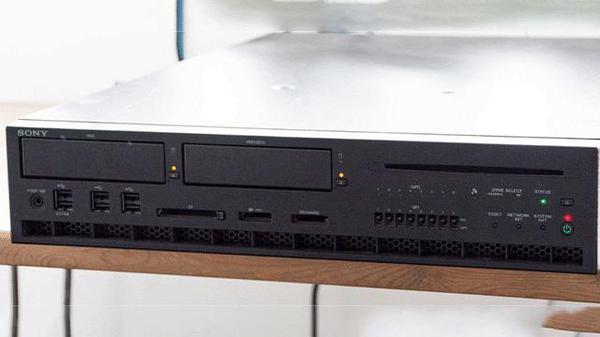 An early PS3 and Vita devkit were highlighted in a recent YouTube video which gave us a rare look at the hardware studios used to build games for those systems. Many outside the industry don’t realize the specialized hardware needed to build and debug games, and it’s great to get a little more insight into what devs had to work with. PS3 devkit and Vita prototype get the spotlight in YouTube video In the video from Linus Tech Tips, we got to see the disassembly of a DECR-1000 PS3 Reference Too
Load More Articles
Close ✕